Hearthstone, Blizzard’s deck-building marvel has been receiving continual fame and support from its lovers and fans. The game has undergone continuous transformations with the prelude of Patch 19. It aims to improve the gaming experience for its fans by balancing the current meta.

If you want to take Hearthstone Arena incredibly to competitive, classified games, there is a lot that you might need to unpack.

Here, we have compiled a Hearthstone Arena Tier List that ranks deck builds starting from the best and going all the way down to the worst to make everything direct and simple for you.

Every class is distinctive, but some deck builds feature an objective benefit over the rest. Now without any further ado, let’s jump right onto the hearthstone arena tier list.

First up in the hearthstone arena tier list is the S-Tier. At any stage of the game, these decks can prove to be highly beneficial while reducing potential falls for players of different styles of playing the game.

The decks of Paladin suit perfectly with an aggressive style of playing. You can quickly and effortlessly create an effective setup. The Dragon synergies are still a part of the meta so that is why Paladin thrives on that. The majority of the time, work is also completed by low-cost commons such as Truesilver Champion. For newbies, this Paladin class proves to be very easy to understand and they will certainly witness great success as they will move on to play more games. Paladin is currently the only real overpowered class ruling in the game with all its features together and therefore, also tops this hearthstone arena tier list.

A-Tier categories are not as strong as the ones in S-Tier, but with experience and technique, they can easily bridge this gap.

One of the main causes for building a Hunter deck is the Primordial Explorer. Due to its excellent value-for-money accommodation, the Hunter truly stands out. Similar to Paladin, when using a Hunter deck, you can go extremely far merely with a limited amount of resources. Moreover, because of the great heroic power of Hunter, you will notice your aggressive game getting appropriately rewarded.

Hunter’s shortage of late-game features is probably the only element that holds it back from the classes of S-Tier. This Hunter Deck may not be a certain victory for tight games.

The Druid is best for players who constantly want to perform well during the game. Although Druid lacks the same kind of burst that is present in other aggressive classes, it shines in its pace as well as mana pool collection. 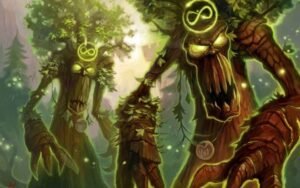 The druid decks of Treant and Guardian are excellent tools for using this class. Go for the Druid class, if you want consistency with a touch of flexibility.

Next on the hearthstone arena tier list are these classes that are still a chunk of the Hearthstone meta. They need some modifications to work best, anyway, they are all-powerful decks.

If you look hastily at the Warrior Decks you might consider playing aggressively. But the best players of Hearthstone know that control tactics are the greatest strength of this Warrior class.

The ticket to success is by building a deck up to give your late-game a little push. Pirate decks that are designed exactly for this purpose can make you unbeatable during your late game.

Right from the beginning of the game, you can use the Deck of the Demon Hunter as it is perfect for an aggressive playing style. It intends to quickly overwhelm the enemy before they are even stable. 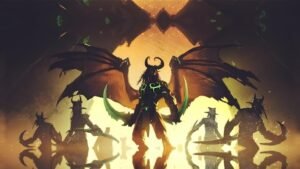 The Deck of Demon Hunter accomplishes so by using rapid and substantial burst damage. Combating the Demon Hunter occurs when its heroic units are controlled and weapon cards are limited. This deck is also difficult to handle large minions that possess a high HP.

This Mage class concentrates on strong offense attacks and several defense tricks. They might not be as strong as other existing offensive classes, but with outstanding utility as well as match control they bridge the gap.

The current best arsenal for this class is a Highlander deck setup.

The next categories on this hearthstone arena tier list will probably not blow you away, but if you are well aware of what exactly you are doing, they can prove to be substantial choices.

Rogue is a good pick for how well it manages the player’s early game. When the match starts, Rogue counts on strong combos along with synergies to benefit you. 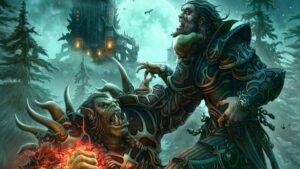 The Miracle deck remains the top go-to pick for this Rogue class ever since the game’s primary release.

It is quite difficult to use the Warlock class. For amateurs, this is particularly true as it requires a considerable strategy in all matches. It is used to obtain the benefit of its Hero Powers in slow or fast pace matches.

The ziplock build, also zoo warlock, is the best deck build for this class. It is an aggressive one that is specially created to spill the board with poor minions so that you can gain control.

Provided the existing Meta that we saw in this hearthstone arena tier list, these are the worst categories in Hearthstone.

While every category in Hearthstone can be accomplished with adequate skill, D-tiers inherently lag behind the other levels. Their hero strengths are not so great, so there’s no point to use them.

The Shaman must be aggressive, but after a few turns, you won’t collect any rewards. Once properly set up, it has significant burst damage but fails almost always when playing against skilled players.

The Priest’s resurrection mechanics along with its controlling playstyle are considered the worst class to play against.

Apart from all healing, this deck struggles with its miserable offense and even horrible utility to complete matches.

Paladin truly stands out from this hearthstone arena tier list for us. The following is the overview of its features that sets it apart from the crowd:

You got it there a definitive hearthstone arena tier list of best and worst heroes to use in the game’s Arena mode. Whichever deck you pick, try choosing one which suits your style of play.

Out of all the classes on this hearthstone arena tier list, S-tier is the top pick of the game. In competitive matches and ranking games, decks of this tier list feature incredibly high winning rates.

Which is stronger, mage or rogue hearthstone arena tier list?

Mage is certainly the stronger one out of the two. About Rogue, the major downside is that your achievement largely relies on how well you can conquer the early game and the competence you have in establishing your combos. This can be quite messy. 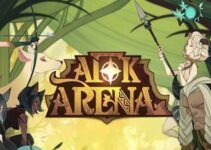 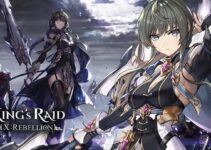