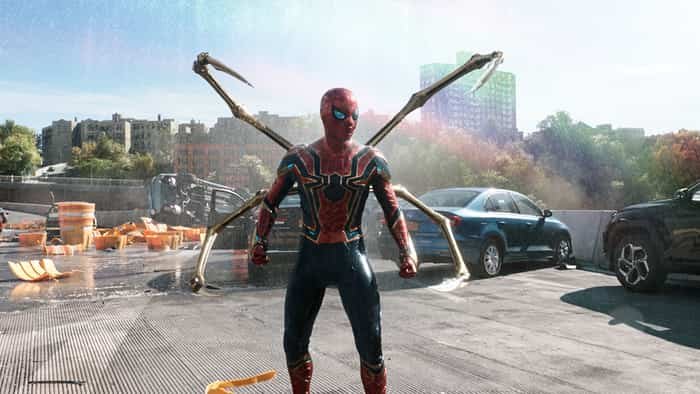 Marvel Entertainment has released the trailer of its upcoming movie Spider-Man No Way Home. The trailer is being viewed all around the world officially after it had been leaked.

Many people around the internet are trying to analyse and break the trailer down. It is confirmed that the movie is going to showcase quite a controversial Spider-Man comic.

This is also a continuation from the events that happened in Spider-Man Far From Home.

This is one of the most highly anticipated Spider-Man movies after far from home.

Many people are also excited for seeing Tom Holland in his third Spider-Man movie.

The Plot Of Spider-Man No Way Home

The trailer that was released last night tells a lot about the plot of the movie, Spider-Man no way home. The movie takes off from where it left in Spider-Man Far From Home.

Mysterio reveals the secret identity of Peter Parker to the world which not only makes Spider-Man not anonymous, but also a villain for all the things he did against Mysterio.

Indian Youngsters to Watch in 2022

Pro rummy gaming tricks: Become the gamer you wished you were years…

For help, Peter Parker goes to Doctor Strange but even during performing the spell, something goes sideways.

Peter Parker asks Doctor Strange to make the world forget that he is Spider-Man. Doctor Strange then goes on to warn him about everyone’s oblivion towards the multiverse and says it is very frighteningly little they know about it.

The problem may lie with Peter Parker himself because he is the one who is trying to live two lives and Doctor Strange believes that the longer he does it, the more dangerous it gets.

It is not very clear from the trailer when and where Parker and Strange end up together but many fans are anticipating that they are stuck in the multiverse due to the return of familiar villains.

Few More Breakdowns From The Trailer

When Spider-man goes to meet Doctor Strange, he finds him wearing a Parka which is also exactly designed and coloured as his superhero costume.

That is actually very cool and narcissistic to some extent. It will definitely be very interesting to see Doctor Strange play a big role in the Spider-Man No Way Home movie.

As the trailer goes on, we also find Peter Parker wearing the same black Spiderman suit from Spider-Man 3.

Tobey Maguire wore the suit very elegantly and it’s about time we see how Tom Holland pulls it off.

One of the most iconic villains in the Spider-Man movie series, Green Goblin may be back.

The pumpkin bombs of Green Goblin are seen in the trailer and that just might be the biggest clue on the return of William Dafoe.

The Spider-Man no way home trailer features Doc Ock and he is looking absolutely fabulous according to most of the Marvel fans.

This is the first time he is being featured in the Marvel movie after Spider Man 2 and there is no better time for a sequel story to this villain.

Overall, a lot of characters from the past are seen in the trailer which made the Marvel fans go absolutely crazy.

Analysis Of The Title- “Spider-Man No Way Home”

The title seems to be very appropriate for this Spider-Man movie because the entire plot revolves around how Peter Parker and Doctor Strange are stuck in a different universe altogether.

They try to go back home into their own universe and on the way, meets villains from the past. Spider-Man no way home is a fest for all the Marvel fans to see so many characters return on the screen.

Peter parker’s alter ego is showcased to the world in the beginning of Spider-Man no way home and on a quest to reverse that, he is impactfully troubled. He is even seen to be questioned for the death of Mysterio which he did not do.

Many fans were excited for the return of all the people that have played Spider-man in the past but the trailer suggests nothing of that sort.

They are not going to reprise their roles as variant Spider-Men, at least in the SpiderMan no way home movie. It is all Tom Holland for this time.