Mobile Legends have been turning stones to keep the MLBB community engaged with creative stunts.

And this is one of the interesting introductions to their awesome Hero line-ups.

So, let us check out what the new MLBB hero, Benedetta is bringing is & How to play with Benedetta? Mobile Legends Benedetta Best Combo & Counters, MLBB Benedetta Best Spell & Much more.

How to use Benedetta Skills?

Holding down her basic attack button will charge up her passive.

When this passive bar is full, releasing the basic attack button will make her dash in the direction of Joystick.

This dash deals physical damage to all enemies in the path and it is counted as skill damage.

This passive dash only deals 30% damage to Minions/Monsters. Dealing damage using basic attacks or skills will also charge up her passive.

This skill has a short dash and it deals damage twice. The first damage has a big range and the second damage has a narrow range. This skill also slows down the targets by 60% for 0.5s. Mobile Legends Benedetta Skill 1- An Eye for An Eye

This is a dash skill, it deals physical damage to all enemies in the path. Before the dash she will be in a defense stance for 0.8s.

During this period, she will be immune to damage and CC. If she successfully defends a CC skill with skill 2, her dash will stun the targets for 1.2s and her passive bar fills up. Mobile Legends Benedetta Skill 2- An Eye for An Eye

Her Ultimate is also a dash, she will be invincible while dashing. This dash doesn’t deal damage but it slows down the targets by 70% for 1s.

After dashing, it deals continues damage for 2.5s to enemies in the path and slows them down. That’s all for her passive & Skills. 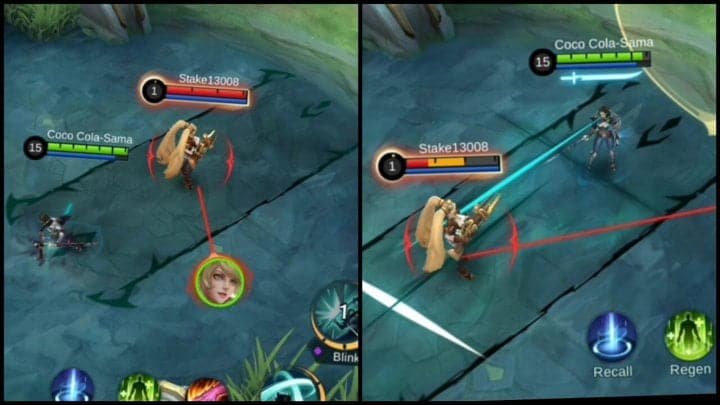 In my opinion, Retribution is the Best benedetta spell to use in game. It will help her to Jungle faster.

Works well on Benedetta. Use the Talent points on Movement Speed & Physical Penetration. Use Killing Spree Talent it will regen HP Every time you get a kill benedetta ml emblem. 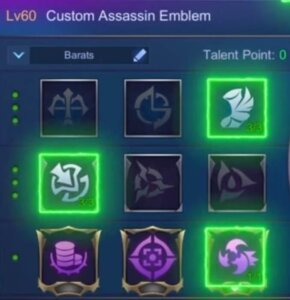 is also a really good option for Her. Use the Talent points on Physical damage and Physical Penetration. Use Festival of Blood Talent it will increase your spell Vamp for Every kill. 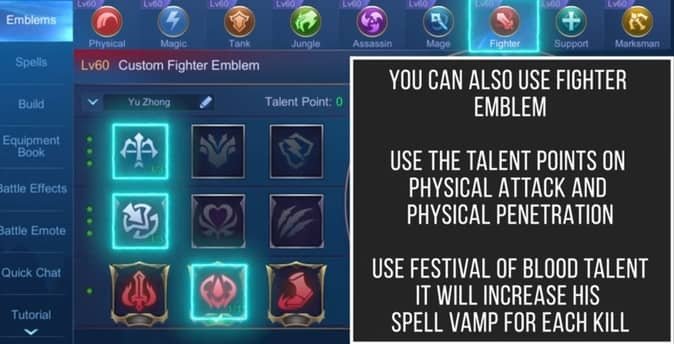 This is my recommended benedetta build 2021.

Benedetta Skill is not easy like others heroes so follow this tricks when you playing Benedetta in the game as a newbie combo skill benedetta.

Note– You should use your ultimate last if the enemy has their dash skills left.

Benedetta is a cold blooded Assassin who relies on her high skill damage to make short work of any enemies that dares stand in her way.

No enemy is too far when using Benedetta, she always has a way to chase in and cease the deal.

Let’s first look at her Pros!

Once charged the sword goes red, you can release finger from the basic attack and she will dash in the direction of the move wheel.

You can also gain the charge from normal basic attack and skill damage when charged you can slightly hold the basic attack to unleash the fury.

This charged attack acts as dash skill and can be used to bypass obstacles and chase/escape enemies.

A Series of Deadly Dashes

If you already didn’t noticed, she is full of dashes, she has 3 dash skills if we exclude her skill 1 but that also is short a dash only.

With these many dashes, laning and ganking with her is really very easy. Plus she can irritate the enemy with dashing in and out.

While the enemy might think you are all dashes and no damage, it’s time to unleash your fury upon them.

She has a high early game damage with her skill 1, so early on even just focusing on connecting your skills will get you kills.

She has 1 major Con.

It’s easy to take A wrong turn. She has that innate high damage which always makes people believe that they will get their enemies no matter what.

Which while being certainly true puts you in a greater disadvantage of getting caught and killed?

1 wrong move and you will end up feeding the enemy a lot of gold! Which any amateur player would end up doing.

So, you need to play wisely! Check out from team objectives over personal achievements. Also, Franco   is her natural enemy, he disrupts all her skills.

That’s all for this Guide, hope you learn something.