Welcome to Gaming Freak Guide Tutorial 2020. In this post, I’m going to show you What’s New in Mobile Legends Project Next update 2020.

MLBB Project Next Creep Movements updates and finally give you some Tips and Tricks, Mobile Legends Project  Next Lane wise update.

So are you Ready to know about Project next?

We have previously discussed how to master playing with other Mobile Legends, heroes like Claude, Leomord, Harith, Hayabusa, Carmilla, MLBB Upcoming Hero, Luo Yi, Chou, Kimmy. So make sure to check these hero guides as well. For now, let’s focus on Project Next.

Major New Update in Setting, now you can turn ON Creeps HP, A very big update in Controls Section. Let’s start with basic attack Smart targeting– If it’s off then you won’t be able to select target. After turning it ON, you will be Able to aim your basic attacks.

Swipe your finger further from basic attack icon; you’ll be able to aim. TBH it is really hard to Aim using this mode. To me hero lock mode is Still Best.

You could aim your skills without this mode too, but it pin points the target. But you can aim enemy, that’s far from you using this mode.

Rather than showing him Out of range. My Favorite is this control mode in Camera shift. It zooms out the camera according to Hero Skill range.

It’ll make playing Selena so Easy or Aiming Flameshot. You might find a lot of Selena Players in Next Season.

Here is another good mode Assisted Aiming Mode. After locking a target your aim will move according to target’s position.

Without assisted aiming your aim changes as you move. But after turning it ON, it’ll move according to enemy.

Until you try to change the aim yourself. There’s a very good Battlefield change, the first turret gets armor at 0:20 min & Stay till 3:30.

When you attack this armor, you get gold. The gold varies upon enemies attacking the turret. An individual can get around 360 gold.

In the recent update, there are two dedicated Lanes. 1 lane is gold & 2nd lane is Experience.

Note: – Each Lane has dedicated roles, so you can’t play any hero in any lane now.

We’ll soon update a guide on the meta rotation and heroes for each lanes, so stay tuned for that.

Many of you must know that you can’t buy Jungle items now, without having retribution.

But one more things you need to know about Jungle item is that, after having jungle item, now you’ll get 40% low Exp from lane minions for the first 3 mins of the game.

See the difference between the exp, after clearing Lane without jungle item & with Jungle Item. 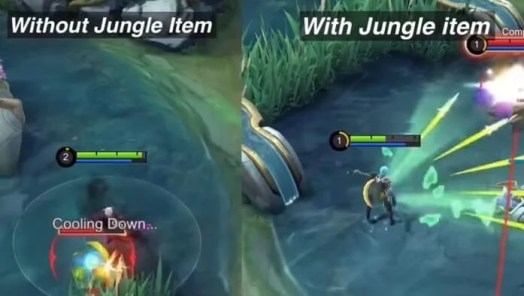 Note- Never Buy Jungle item in experience lane, I repeat don’t do that. I recently saw one player doing that, so I’m reminding you. Litho gives movement speed now instead of HP regen on River.

These are the basic battlefield things, which you need to; know before playing MLBB project next. So keep note of these things and I’ll be back with more strategic Post & all.

Now on whenever you go near the creeps, they’ll react like this! Works on both enemies & allies creeps. Even Lord and Turtle will react too. 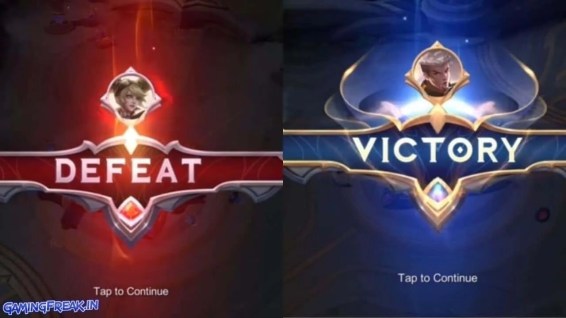 Well guys, that’s all it for this Mobile Legends Project Next Guide.