Welcome to Gaming Freak Hero Guide Tutorial 2021. In this post, I’m going to show you How to Use Hayabusa in Mobile Legends 2021.

MLBB Hayabusa Strength & Weakness and finally give you some Tips and Tricks, How to Play With Hayabusa 2021 Effectively.

So are you Ready to know about The Crimson Shadow ‘’Hayabusa’’?

We have previously discussed how to master playing with other Mobile Legends, heroes like Claude, Leomord, Harith, Wanwan, Carmilla, MLBB Upcoming Hero, Luo Yi, Chou, Kimmy. So make sure to check these hero guides as well.

How to Use Hayabusa Skills?

Hayabusa mobile legends throws 3 shurikens and it returns back to him immediately. This Skill deals damage twice to a target. It deals 30% less damage to targets when it returns back.

This Skill slows down the enemies by 35% for 2 seconds. It also regens energy if it hits a target. Every time you upgrade this skill, it will increase his spell vamp by 3% Maxed at 18%.

Active: Hayabusa throws three shurikens forward that travel back to him after flying a certain distance.

Hayabusa dashes and releases 4 Shadows in different directions. You can travel to any of these shadows by using this skill again.

You can travel to each shadow only once and the shadows disappear when the timer runs out. If the shadow hits an enemy, it will deal damage and it will slow enemy by 40% for 2 seconds.

The shadow stays within the enemy, when Hayabusa travels to the shadow it deals damage again. Every time he travels to his shadows, it will reduce CD of his Skill 1 by 1 seconds.

Hayabusa dashes towards a designated direction and releases a phantom behind him. Upon hitting an enemy hero or reaching max distance, Hayabusa stops dashing and releases 3 phantoms that travels in different directions.

He becomes a shadow and continuously deals damage to the target. He will be un-targetable and invincible while using this skill.

If there are multiple targets nearby, he will switch between targets. This applies to monsters too.

Hayabusa turns into a shadow, becoming untargetable and dealing 5 / 7 / 9 single-target attacks to nearby targets.

Every time his skill deals damage it adds a passive stack. Each stack will increase his skill damage by 5% (Max 20%).

Only his skills damage will be increased by this passive. His basic attack damage remains the same. This passive can only be triggered on enemy heroes.

It doesn’t work on minions/ monsters. That’s all for his Passive & Skills.

It’s important to farm fast with Hayabusa. So, I would highly recommend using Retribution on him. This is my recommended Hayabusa Build 2021. In Super late game, you can sell Raptor Machete and buy Immortality or another attack item if needed hayabusa item build 2021. 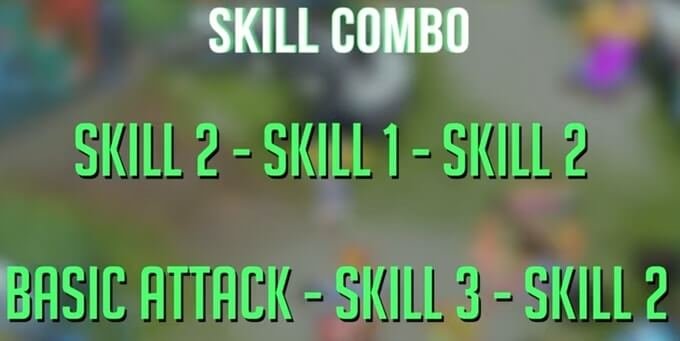 Try to master this combo fast; you can use this combo in almost every situation. When you’re using this combo just makes sure that your skill 2 hits the target.

That’s all for this How to Play Hayabusa in Mobile Legends guide, tutorial, hope you guys learn it and love it. Please comment if you want more tutorial like this.