Welcome to MLBB Hero Guide Tutorial In this post, I’m going to show you How to Use Mobile Legends Granger in the game.

I will explain his Passive and Skills,MLBB Granger Build, Granger Spells, Granger Skill Combo, and finally give you some tips and tricks How to play Granger 2021 effectively.

So are you Ready to know about Granger?

We have previously discussed How to master playing with other Mobile Legends, Heroes like Leomord, Harith, Khaleed, Thamuz, Kadita, Luo Yi, Claude, Chou. So make sure to check these hero guides as well. For now, let’s focus on Granger.

MLBB Granger has 6 bullets loaded into his Gun at a time, His each basic attack uses 1 bullet. His 6th bullet deals critical damage to enemy.

If some bullets remain unused, he will reload his Gun after 5 seconds. He only gains 50% (half) attack speed from item and emblems.

For Ex., Wind talker only give 20% attack speed to Granger instead of 40%.

Using this skill will reload his gun immediately, this skill deals physical damage to enemy 6 times and the last hit will deal critical damage.

You can’t change the direction of this skill after casting it. (Similar to Harley’s skill 1).

This is a dash skill after using this skill his next 2 basic attack are enhanced to deal 20% more damage.

This enhanced basic attacks lasts for 5 seconds. Each time his skill 1 hits an enemy hero, his skill 2 cool down will be reduced by 0.5 seconds.

After each fire Granger will dash in the direction you hold the joystick. You can also make him stay at the same place by removing your finger from joystick.

The skill’s cool down will be reduced by 15% for every unused fire. 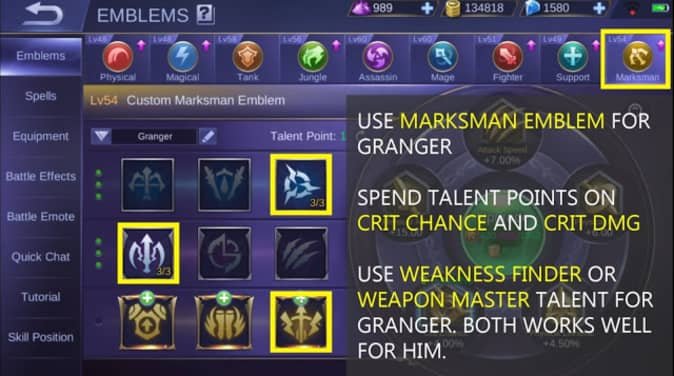 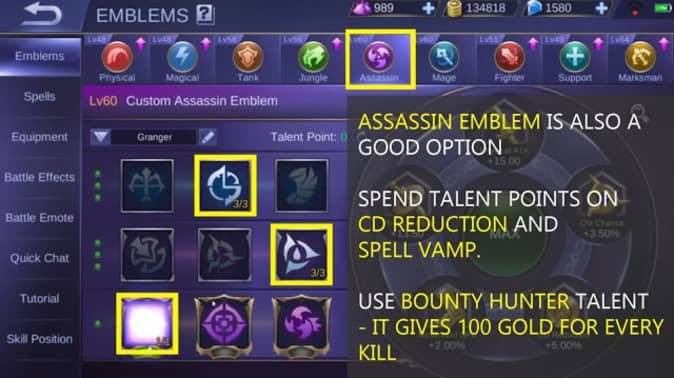 This Item build is my recommended for MLBB Granger Build. This is full attack build. 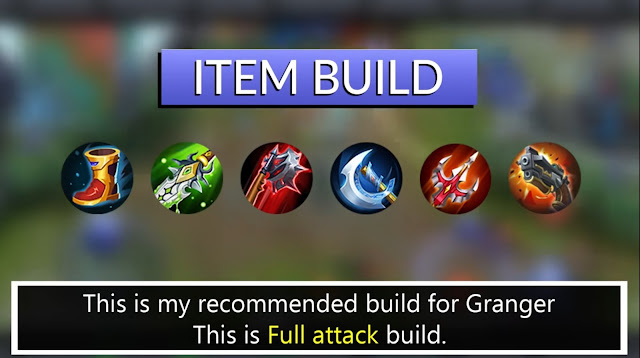 Use this MLBB Granger build Against Tank as per required.

MLBB Granger is strong against heroes with low mobility because he can easily hit them with his skill. 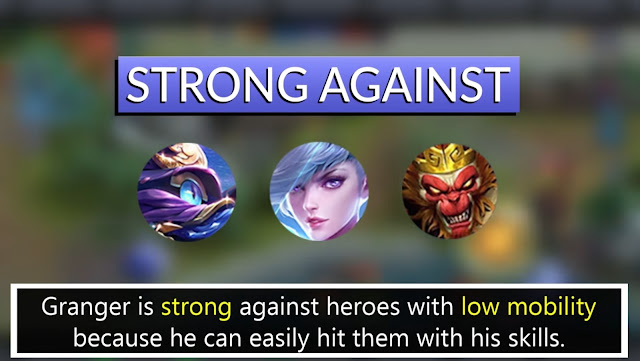 MLBB Granger is weak against heroes with CC skills or high mobility. 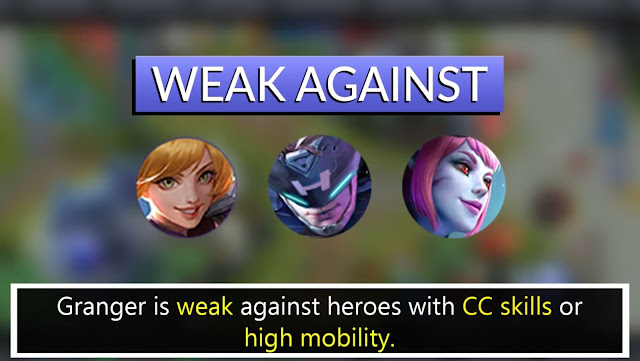 Heroes that has CC skills can help Granger to hit skills easily. 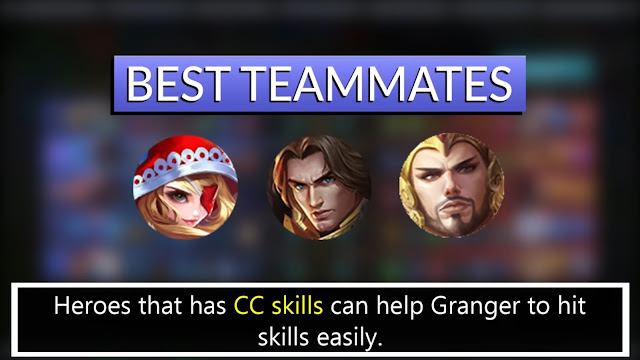 That’s all for this How to Use Granger in Mobile Legends guide tutorial, hope you guys learn it and love it. Please comment if you want more tutorial like this.